AEQ's Phoenix family of audio codecs is fully compliant with the N/ACIP EBU Tech 3326 recommendations. AEQ customers can simplify IP connectivity by using AEQ's own SIP server - at no cost what so ever. It also comes with an X.21/V.35 interface for point-to-point, full-duplex links.

The unit's USB interface provides connectivity with external devices, such as cell phones, to establish communications over 3G or GSM data networks.

The Phoenix Studio is a very flexible and extremely versatile communications platform. In addition to the built-in IP, it includes two slots that accommodate additional comms interfaces, allowing you to connect via PSTN and / or ISDN lines. Additional comms modules will be developed as the market might require.

Housed in a single rack unit, the Phoenix Studio has two independent codecs that are used to establish stereo, mono, dual, or joint stereo feeds using any of the many default communication interfaces, or with the optional comms modules.

The Phoenix Studio is designed for total compatibility with all existing and future equipment made by AEQ, as well as those of other equipment manufacturers. It comes equipped with a wide variety of codec modes, including AAC, allowing it to connect with other compatible IP codecs. And, its optional comms modules allow it to connect with virtually any ISDN codec on the market.

The Phoenix Studio allows you to select the desired encoding mode and output bit rate that is best suited to your particular network's bandwidth. It also includes an adaptive buffer that mitigates network jitter, as well as a DHCP option for automatic Ethernet parameter configuration when making connections via IP. 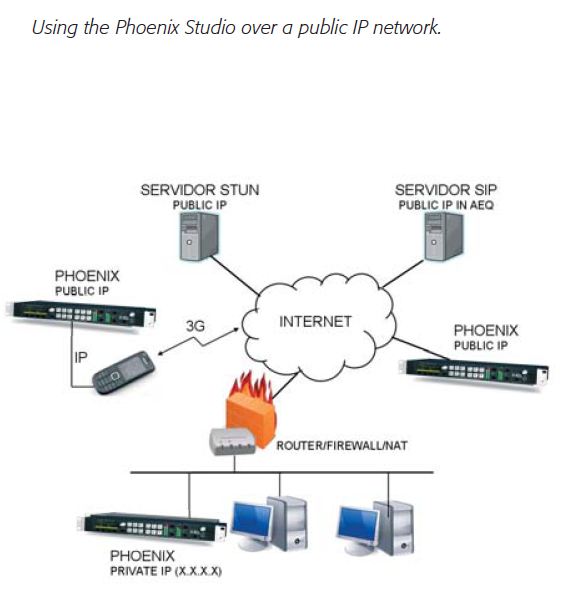 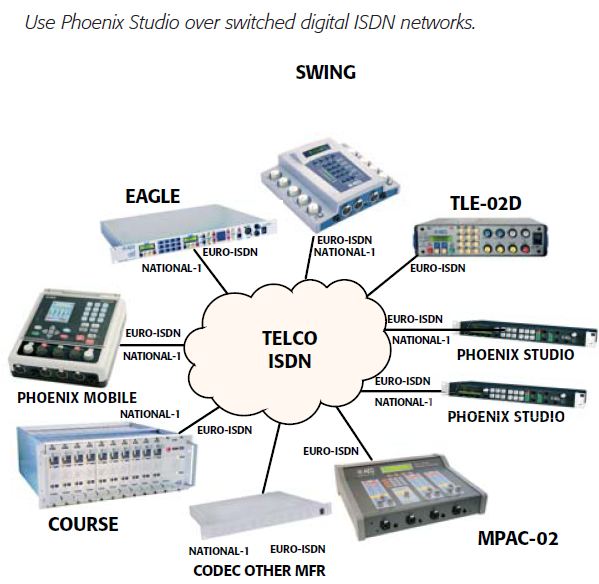